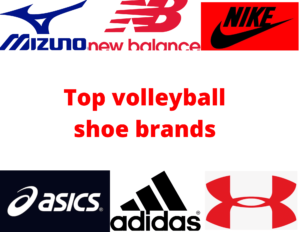 Volleyball shoes are available in pretty much every sports shoes store out there. But when you want to make a statement with your performance and take your game beyond the average, consider what professional athletes use.

A professional-grade volleyball shoe design ensures the needed balance and comfort to reduce the risk of injury while you unleash your skills. According to Dr. Hild of Cleveland Clinic in Ohio, choosing the right shoes helps prevent injury and mobility issues that can develop with age.

Asics is currently one of the leading volleyball shoe brands in the world. Founded by Japanese, Kihachiro Onitsuka, in 1949, its range of high-quality shoes is a favorite for various sports professionals.

Asics volleyball shoes offer features that are unique to the requirement of each sport, ensuring each shoe provides value for the price. The brand prioritizes customers’ positive reviews, leveraging feedback to prove the advanced level of research and the technology that Asics puts into its products.

Asics GEL technology of providing maximum support and control with comfort in cushioning. The huge amount of cushioning in the middle is to give the best bounce is one of the major characteristics of ASICS volleyball shoes.

Another good thing about the Asics volleyball shes is they ofter run a bit wide compared to Mizuno. So that is really ideal for people with wide feet.

Asics’ current best seller is the Asics women’s Gel-Rocket 9 volleyball with a 4.7-star rating from over 3000 customers on Amazon alone. ASICs Gel-Rocket uses the high-tech EVA sock liner and midsole for cushion and shock absorbing performance. It also uses the Trusstic system technology to withstand the athlete’s weight.

Adidas is the largest manufacturer of sportswear in the world after Nike. It was founded in 1924 by the Dassler brothers in Germany and has dominated the industry for over seven decades. Adidas’ successful brand identity is the dream business worldwide. The unique three-stripe logo is a trademark of undoubted quality.

The company known as Nike Inc. today was founded by Bill Bowerman and his student Phil Knight as Blue Ribbon Sports in Oregon. Arguably the biggest and most popular footwear brand in the world. The company changed its name to Nike Inc. in 1971 after fallout with its Japanese partners and actual shoe manufacturer, Tiger. Nike Inc hired Carolyn Davidson to create its iconic logo in 1976. It became the leading sportswear brand in the United States by 1980 and acquired both Converse and Umbro between 2003 and 2007.

As of the time of writing this article, Nike’s Zoom Hyperace is the best-selling volleyball shoe. It has a 4.6-star rating from over 2,000 reviews, and its price is in the range of $200 to $300. Other top-selling Nike volleyball shoes include:

Mizuno is very popular among volleyball players for years It has produced shoes like Wave momentum and Wabe Lightning which makes it one of the most sold volleyball shoe brands annually.

It also has produced volleyball shoes like Wave Luminous and Wave Voltage. These two models are also very popular among volleyball players.

This is the oldest company on the list, founded in Osaka in 1906 by Rihachi Mizuno and Rizo Mizuno. Mizuno entered into the United States in 1961 and got heavily involved with sports by signing sponsorship deals with teams and star athletes, such as the All Blacks and Manu Samoa Rugby teams, Nick Faldo (winner of three Open Championships and Masters), Carlton Lewis(The nine times track-and-field Olympic gold medalist), and many more.

Mizuno even built a baseball workshop for the major league teams in Arizona and Florida.

The story of Under Armour began in 1996, when its founder, Kevin Plank, in his early 20’s conceived the idea of making quick-dry shirts with synthetic fabrics.

His dramatic story continued when he decided to create a name and logo for his new business. Not only was his business named in a way that was unconventional for Americans, but his logo also was a product of an honest mistake. His brother, Scott Plank, had misheard him pronouncing the company name as Under Armour instead of Body Armour and made the logo with it. However, they liked it and moved on with the mistake, which later proved to be a major factor in their breaking into the apparel market.

Another new technology that Under Armour introduced is UA HOVR technology. Under Armour uses a high fidelity sensor in the right foot shoe which is connected by MapMyRun App.

Under Armour outfits millions of people worldwide today and shows no sign of relenting. The footwear is highly sought after as well. The current best-selling Under Armour is the Women’s UA HOVR™ Highlight Ace Volleyball Shoes. Other popular volleyball shoes from Under Armour include:

New Balance is, without doubt, one of the largest sportswear manufacturers in the United States and the United Kingdom today. Its founder, William J. Riley, entered Britain as an Irish immigrant and only started an arch support business in 1906 to make shoes fit better. Thirty years later, the company started its shoe manufacturing, creating one of the most iconic brands today.

New balance is one of few companies that relied on its brand integrity for sales and growth. They are known for not making sponsorship deals with athletes or sports teams to boost publicity.

New balance offers court shoes instead of shoes specific for volleyball, which is also good. New Balance Women’s 696 V4 Hard Court Shoe is currently the fastest-selling court shoe from the brand. The shoe has a 4.3-star rating from over 800 customers on Amazon. Other products include:

1. What shoes do volleyball players wear?

Volleyball is a court sport, so the movement required is not typical for running. Unlike direct linear movements you make when you run, volleyball involves side movements and jumping. Volleyball players wear shoes specific to volleyball or any court shoes that can provide the basic functions of a volleyball shoe.

2. Are there specific shoes for volleyball?

Yes. There are specific shoes for volleyball. Volleyball shoes are designed with cushions to absorb the shock of landing from a jump. They are light for easy movement, and the soles are low to keep you stable. A good volleyball shoe would have tractions to hold the foot to the ground when starting to run or stopping.

Volleyball shoes vs basketball shoes. What are the differences?

Check what are the best basketball shoe brands?

Janice is fashion designer and model for 7 years. She is working as an outfit and fashion expert with various brands and fashions houses. She is a mom of 2 children and a lovely human being.